Warning: sprintf(): Too few arguments in /homepages/24/d707336347/htdocs/clickandbuilds/TheWardenPost290955/wp-content/themes/elegant-magazine-pro/lib/breadcrumbs/breadcrumbs.php on line 254

Part 10 of a multipart series, “How to Nurture Truth and Authenticity”. This article series is for economic reformers and political activists interested in the metamodern political movement. This series will undoubtedly find appeal with those who have come to understand that the current values which drive global economy, those which we call liberal, are obstructing solutions to contemporary political challenges — in as much, those values are unable to guide a common activity beyond. Admittedly, the prescriptions herein are likely a mere articulation of what is intuitively felt across a large demographic — certainly those who have found themselves gravitating toward contemporary nationalist solutions. Undoubtedly a bit of political agnosticism is required for digesting this series. Already now, the final recommendation can be teased. If we wish to nurture truth and authenticity then we require an economy championed under the banner of prefigurativism.

Throughout this article series we have been critical to the position of the “omniscient world observer” — that which we find in, for example, sociology. And we beware of reifying his object society. This is on account of its occult characteristic. Society is an object used to ground much of our activity. But, at the same time, it is a difficult phenomenon to see. After all, while we can refer to a mass of material bodies with descriptions such as the women, the children, or even “the police!”, it would be very awkward to declare, “there, society!” At best, society manifests as a statistic. Even in the discussion of public health, for example, our object at hand is not the material body of the public itself, but the public as a statistic. However, this does not mean society is irrelevant to our project — only, if we continue to operate with society, we must understand it alongside the causal-occult objects which we had considered before: luck, God, destiny, competition, or power. Therefore, in this article we will interrogate society in order to appropriately place it within a body of causal-occult objects. In doing so, we will bring it into our project as our own.

Following the etymology of society we find the Latin societās and societātem (‘fellowship, association, alliance, union, community’). Here we are directed not toward some material mass, society, but to something social. However, even as fellowship or union, the object society is still hard to pin down. We may want to recall those feelings of wholesomeness or being one with the external world as a whole. Sigmund Freud had referred to this feeling by repeating a patient’s description — “the oceanic feeling” (Civilization and It’s Discontents, 1929). However, what is important to note is that even in the case of a sensational description such as this, society is still metaphysical, at least non-physical, as explanatory of one’s feeling. Society remains the object to which “the oceanic feeling” is projected. Yet, when designating society as the object of projection, a certain suspicion presents itself. Is society a mere expression of a desire? A goal such that when wholesomeness is absent, we can point to society for actions to guide solutions? The answer seems to be a resounding “yes”. Yet, this may not be as trivial as it sounds.

In previous articles we had qualified αληθευειν as a motionless action — one which announces itself and demands a primordial reckoning. Furthermore, we designated the πoλις as the proximity of αληθευειν. In as much, we should not be surprised that any disclosure which fails to presence αληθευειν will appear as strange when measured against the πoλις. Yet, when those disclosures appear from the mouth of another, they may present themselves as amoral, or the product of undereducation or selfishness. But, in all honest, we should ask ourselves, why is this the case? After all, it is not an encounter with the strange or exotic which encourages such psychological assessment. Instead, it is hostility towards disagreement. And what seems painfully obvious is that the spirit of progressivism is that which today breeds a playground for such encounters. No doubt, in looking into the literature in our historical continuum, we find countless social movements which pander to the story of our similarities in order to satisfy the progressive ideal.

Now, of course, we are here talking about society — or a feeling of wholesomeness. And this is not to say that progressivism hasn’t evolved alongside its own solutions toward society. On a very practical level, say within the management class, we find a celebration of deliberation and, above all else, Reason, as the operating faculty toward decision — that moment which suggests society has been achieved. However, there is good reason for bringing this celebration into question. The Danish theologian, Hal Kock championed as much. He understood that it was not decision, but deliberation itself which offered value. After all, deliberation secures the individual’s rights over the terminality of the majority’s decision. As such, Kock’s conclusion is consistent with our investigations this far. After all, deliberation, in a more robust sense, is a laboring. And labor is the economic condition for the disclosure of truth. Yet, if we decided to take up deliberation in our prescriptions, we should be careful not to undermined the very nature of truth — that which is obscured in progressivism’s decision.

Truth is something which, by its very nature as disclosive of the phenomenal experience, could never be common or even agreed upon — it is, after all, unique to each expression in the moment of the encounter. As such, any ‘agreement’ on the truth could only steal the truth from another. And while this may feel pedantic to those invested with the sprit of progress, it is exactly this attitude which has gone up to conceal truth. Consider the common experience of the sunset. No matter how many times that experience has been had, the profundity of that experience could never be taken away. One’s own description of that experience, as a description of that unique experience, is forever their own unique expression. No matter how convincing the scientist’s common material description may be, we resist submitting ourselves to such nihilism. Our own intimate discourse with nature is the first, and truly, inalienable right — even if the disclosure of that discourse simply manifests as a lack of submission to another (this is undoubtedly the lesson of Christ’s forty lashes.) This is a testament to the relevance of each and every disclosure of truth. In as much, it seems obvious that any reformational prescriptions which could bring us closer to an economy founded upon αληθευειν demands a quite dramatic mantra: we must celebrate the expectation that when we open our mouths we are meet with difference.

Of course, this lonesome subjectivation of disclosure, as “unique to each expression”, may provoke concern. This is a concern which we have inherited by way of the epistemic tradition — that which we can frame as a solipsistic worldview. However, the solipsistic concern is undoubtedly a consequence of the primordial actio of episteme — an actio which continually seeks to apprehend a totality — including even the perverse apprehension of another’s mind. If we don’t get caught up in knowing another person’s inner desires (the quest of science and the stuff of science fiction novels) and instead look at what presents itself over in experience, then the estrangement of fellow man becomes less articulate — if intelligible at all. Beyond the paradigm of absolute knowledge the obstacle of a me meeting a you disappears.

— we repeat this passage by way of the previously mentioned report, Open to Participate, by Bonnitta Roy. The “captured” of which she speaks directions our attention to the ‘apprehension’ of the often-sought intellectual narrative which tells the story of a oneness — of a humanity — a story which appeals to a sense of wholesomeness or belonging. However, this very appeal to belonging is founded on a condition which each of us are overly familiar. It is only on account of this familiarity that we can understand the condition. The evidence of this condition is the appearance of the very world itself. Since without it, no common activity could be made to effectively contend with the world, such that the world could be articulated as the world that it is. We would have no successful discourse — no successful language. And, as the biologist might say, our species would have died out long ago. In as much, this drive to have belonging is indicative of a belonging as condition to which we wish to return. Returning is bound up with removing obstruction and revealing that which has always been. Acknowledging this return releases us from the complexification or reductionism which objects such as the global or humanity force upon us — those identities which the spirit of progressivism abuses. In as much, we understand that returning characterizes any genuine prescriptions for resolving alienation and estrangement. This return constitutes the form of our goal, society, to what the Ancient Greeks called κοινωνια. We understand κοινωνια as the condition for such a goal. Realizing such a goal would provide the conditions for disclosure. In as much, we understand κοινωνια as the condition for authenticity.

In recalling the first half of this article series, we remember that experience which we took as a prototype for a new economy — that which was teased in the very first article. The art museum. In announcing κοινωνια as the condition for authenticity, we now have a more articulate language for describing the conditions of that experience. We have furthered our metaphysical architectonic. However, we have also furthered our prescription. We remember that in the artwork we find not only a ‘safe space’, but also a ‘safe time’. This should not be overlooked. It is not without reason that throughout the literature of our historical continuum the acetic hermit is regarded as worthy of our ear. He is, after all, the one who listens to nature. And this time spent listening provides for a character more venerable than the fast-talking salesman. He only communicates himself for the sake of others. With this in mind, we understand that it is not deliberation and consensus which the self-authoring creative human spirit relinquishes, but a satisfying feedback loop with nature. And if we wish to nurture truth and authenticity, then we must prescribe a freedom for deliberation, but not necessarily deliberation in each and every case.

In the previous article we had announced an idolization of nation by way of these epistemic ‘international’ identities. This pointed toward a contention — one which we took as the provocation for this very article series. Alienation. We now understand what is at stake in this contention, society itself. The next article will present prescriptions for resolving that contention. We will look at existing governance jurisdictions in order to draw new definitions for governance of the πoλις, ones which might satisfy that which has been lost in a liberation from governance. 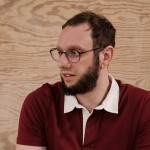