In this article, I will explain Aristotle’s four causes, which are the causes of change or movement. I will do this by using myself as an example of how these causes might be applied in context. In modern language, we might use the word cause, instead of responsible, for obtaining a better understanding of the idea. The four causes are material, formal, efficient, and final (Peterman).

The material cause is about the material from which the object is comprised. Keeping in mind that Aristotle does not view matter and material as the same thing necessarily. An example might be a dugout canoe. The material of the canoe is wood, which in its earlier form, was a tree. The wood’s potential was the canoe, which always existed within the wood. Therefore the wood itself is a cause.

The formal cause is a throwback to Plato’s concept of Forms. The Forms are the perceived perfect pattern of the canoe, as it should be in totality without flaws. It is the idea which is used to create the canoe, and through which we attempt to bring the wood to its potential, which is itself the canoe.

The efficient or movement cause is the change whereby the wood begins actually to realize it’s potential. The artisan is carving the canoe from the wood and therefore moving it to its potential based upon the formal cause or the form as he sees it.

The purpose cause or the telos, which is present a priori, is like an ant who is born to build tunnels and a den.

The purpose cause is the final realization of the material of its likeness of shape in forms, and the work of the mover in the efficient cause, and now in finality, the purpose cause of the canoe is now realized though it always existed (Russell).

If I were to examine my existence, I would see my parents as the material cause. My potential always existed from the material of their union. Their idea of who I would be is the formal cause. My pure, perfect form representing who I am in the world of Forms is the sum of my potentiality. The world of forms most perfect possible person that could be created from their material. The efficient cause would be my parent’s act of reproduction, their parenting, and imparted wisdom later in life. These actions would take place with the version of myself in the world of forms as the mold, or pattern that they would try to recreate and forming me throughout my interactions with them. This idea of myself is a priori knowledge of my parents. The things I have achieved will serve the purpose of my existence. The purpose cause or my telos is the continuation of my parents as I pass on their substance by creating new children, achieve success in contributing to the wellbeing of humankind, and satisfy their need to ensure the continuation of their bloodline. There is also God’s idea of my purpose, which may or may not be in conjunction with that of my parents. So the purpose clause comes to full potentiality after my life has ended when you can see what God’s telos was for me. At this point, all the other causes become more apparent, especially those related to my perfect form within the world of forms.

To me, there can be no doubt that my family, my time attending universities, my career, and my devotion to God are evident in the four causes of Aristotle. The pure simplicity of Aristotle’s four causes hides the underlying effectiveness of this idea. It certainly can be an epiphany when one uses it to view the potential that is apparent in the life of their fellow man, or themselves by analyzing those within this framework. 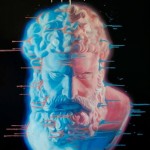