If the nation does not defend and represent the interests of the root people, it ceases to be a nation. The root people cannot identify with the alien construct that was once their nation. They thus turn to another group to identify with (race instead of the Wnation). This is what happened in America and will also happen in Europe in about twenty years if current trends continue. The demographic replacement has a silver lining.

If the race that founded the nation is no longer in complete control of the destiny of its nation, then this nation becomes a mere apparatus of fulfilling the desires of foreigners, satisfying their interests and aspirations, which more often than not are diametrically opposed to those of the founding race. The traitors and usurpers have turned the nation into a whorehouse and casino, in which the whole world can copulate and gamble at will.

“Being white” is not only a biological identification in America. It signifies both a biological AND cultural identity since “being American” is all noise signifying absolutely NOTHING. “Being American” has been reinterpreted by the gods of multiculturalism and is now the equivalent of “being a madman.” Those Americans whose ancestors actually built America have thus no choice but to refer to themselves as “whites” rather than “Americans.”

European nationalists should not misinterpret this as primitive biologism. They have to understand that in America the term “white” refers not only to race but also to tradition and civilization. Also, it is American race scientists who are at the forefront when it comes to presenting convincing arguments as to why mass immigration of non-whites into white countries is such a disastrous development.

European nationalists must also understand that their ethnic/national chauvinism prevents them from seeing the big picture: the white race as a large family that encompasses many nations and ethnicities. To elevate one member of the family at the expense of another is to hurt the family as a whole. To attack another European nation is akin to trying to cut off one of your mother’s limbs.

The exception, of course, is when a European nation becomes too cucked and thus an enemy of white Europe. In this case, the nation needs to be crushed without mercy. This means that it needs to be invaded and occupied by other healthy European nations. The occupying forces must then implement a ruthless program of decuckification for the good of the cucked populace. This is possibly the only way for contemporary Germany to become a normal member of the white European family again. 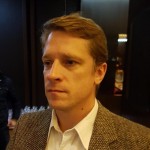