“Outcastes and barbarians will be masters of the banks of the Indus, Darvika, the Chandrabhaga and Kashmir. These will all be contempo­rary rulers [of this age] reigning over the earth: kings [rulers] of violent temper… They will seize upon the property of their subjects; they will be of limited power and will for the most part rapidly rise and fall; their lives will be short, their desires insatiable, and they will display but little piety. The people of various countries intermingling with them will follow their example.

The prevailing caste will be the Shudra . . . Vaisyas will abandon agriculture and commerce and gain a liveli­hood by servitude or the exercise of mechanical arts [proletarization and industrialization] . . . Kshatriyas instead of protecting will plunder their subjects: and under the pretext of levying customs will rob mer­chants of their property [crisis of capitalism and of private property; socialization, nationalization, and communism]… Wealth [inner] and piety [following one’s dharma] will decrease day by day until the whole world will be wholly depraved. Then property alone will confer rank [the quantity of dollars—economic classes]; wealth [material] will be the only source of devotion; passion will be the sole bond of union be­tween the sexes; falsehood will be the only means of success in litiga­tion. . .

Earth will be venerated but for its mineral treasures [unscrupulous exploitation of the soil, the demise of the cult of the earth] . . .
Brahmanical clothes will constitute a Brahman . . . weakness will be the cause of dependence [cowardice, the death of Pads and honour in the modern political forms] . . . simple ablution [devoid of the power of the true rite] will be purification [can there really be anything more in the alleged salvation procured by the Christian sacraments?] . . .
In the Kali age men corrupted by unbelievers … will say: “Of what authority are the Vedas? what are gods or Brahmans? . . . ” Observance of caste, order and institutes [traditional] will not pre­vail in the Kali age. Marriages in this age will not be comfortable to the ritual, nor will the rules that connect the spiritual preceptor and his disciple be in force, … A regenerated man will be initiated in any way whatever [democracy applied to the spiritual plane] and such acts of penance as may be performed will be unattended by any results [this refers to a “humanistic” and conformist religion] . . . all orders of life will be common alike to all persons. . . .

He who gives away much money will be the master of men and family descent will no longer be a title of supremacy [the end of tradi­tional nobility, the advent of the bourgeoisie, plutocracy], . . .
Men will fix their desires upon riches, even though dishonestly ac­quired. . .. Men of all degrees will conceit themselves to be equal with Brahmans [the prevarication and presumption of the intellectuals and modern culture], … The people will be almost always in dread of dearth and apprehensive of scarcity; and will hence ever be watching the ap­pearances of the sky [the meaning of the religious and superstitious residues typical of modern masses]. , . .
The women will pay no attention to the commands of their hus­bands or parents. . . . They will be selfish, abject and slatternly; they will be scolds and liars; they will be indecent and immoral in their con­duct and will ever attach themselves to dissolute men. . . .
Men having deviated into heresy, iniquity will flourish, and the duration of life will, therefore, decrease.

When the practices taught by the Vedas and the institutes of law shall nearly have ceased, and the close of the Kali age shall be nigh, a por­tion of that divine being who exists of his own spiritual nature in the character of Brahma, and who is the beginning and the end, and who comprehends all things, shall descend upon earth. . . . He will then re­establish righteousness upon earth, and the minds of those who live at the end of the Kali age shall be awakened, and shall be as pellucid as crystal. The men who are thus changed by virtue of that peculiar time shall be as the seeds of [new] human beings and shall give birth to a race who shall follow the laws of the Krita age or age of purity [pri­mordial age].” 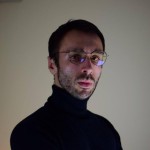