“The true dramatist … shows us life under the conditions of art, not art in the form of life.”
– Oscar Wilde

There’s no slur delivered more bitterly by the main characters of Quentin Tarantino’s last film – “Once Upon a Time in Hollywood” – than “hippie.” And through the film’s mesmerizing scenes we are slowly led to understanding exactly “why.” Because what Tarantino chose to present his viewers, is an alternative to the all-singing version of the 1960s that so many of us were fed over the years. The character behind this slur, an aging Hollywood stunt-man played by Brad Pitt, is the epitome of the stoic manliness that was already in decline during the 60s, and when he follows a lead that lands him in a hippie commune – a dirty farm run by matriarchs – we get to see exactly what he declined in favor of.

Through and through, “Once Upon a Time in Hollywood” is not just an ode, but a lament to the old cinema that Tarantino fell in love with as a young man [3]. A dying song of something that will soon cease to be, as this gifted director has often spoken out on how his beloved artform… is dying. But who exactly is to blame for this? And what could the death of cinema mean for our culture? Well, there is a beautiful little scene that lays mostly forgotten in Nietzsche’s “Birth of Tragedy,” that the author himself conjures up to render poetically his theory about – not the birth of tragedy – but its death. Appropriately, it opens in a theater, where a work by Aeschylus, the first of the great tragic playwrights, is being performed. The action is slow, heavy, and the dialogue drags repetitively like some ancient prayer while the characters walk awkwardly on their kóthornoi, the platform boots worn by the all-male cast. And yet, there is something unspoken connecting the audience with its actors, something powerful and mysterious that one cannot put their finger on exactly, something that Nietzsche calls “an enigmatic depth, an infinite background,” as if everything that was seen on stage was but the ephemeral manifestation of cosmic energy, and ultimate ground of being.

In the audience, there was a man, who would later become a celebrated playwright himself. His name was Euripides, and he was destined to finish – or as Nietzsche would have you believe, to finish off – what Aeschylus had started only a generation before. Between these two great men stretched the entire history of the tragic stage, the stage that flourished in Athens during its peak. The exact conditions that led it to its rise remain mysterious; we know it originates in the rituals of Dionysus, the mad god of ecstasy and terror, and that all its ephemeral existence spans between two great wars: Athens’ decisive victory over the Empire of Persia at Marathon, and the city’s crushing defeat at the hands of the Spartans three-quarters of a century later. But whatever the reasons, and although we still speak of an ancient Greek theater, the reality is that the art of the tragic stage never flourished far from Athens. And so, shortly after fighting as a foot-soldier against the armies of Persia, Aeschylus, the first of the great playwrights, let down the sword and took up his pen, to write some of the most memorable plays that would ever be created. These plays were not like our plays, and the modern spectator can feel frustrated at the slow pace and repetitive dialogue. And yet, the self-reflective power of Greek culture lays abundant in every verse. Aeschylus’ “Persians” tells the story of the Empire’s failed attempt to conquer Greece, not from the side of the victorious Greeks, but from that of the Persians themselves… the same Persians whom Aeschylus had fought hand-to-hand in the front lines of the Greek phalanx. Instead of an ode to the Greek’s victory however, Aeschylus placed his “lens” in the Persian court itself, a moment of such empathy it has not been repeated since, with Hollywood’s “300” regurgitating all the negative stereotypes of the effeminate and despotic Persians.

Back in these early days of theater, the art-form that was taken by Aeschylus was only recently detached from the magic rituals of its patron saint Dionysus, and some of the best scholars find traces of religious incantations, spells of sorts, buried inside Aeschylus’ poetry [2]. In his “Persians,” king Xerxes is tortured by his failure to conquer Greece, and the chorus resounds with a magical formula that raises the dead, the spell bringing Xerxe’s own father, old king Darius, for a brief moment back to life, while together, father and son will try to solve the Greek riddle that led them both to such failure. Clearly this was no occasion to bring out the “popcorn,” and the solution to their woe comes not as a redemption but a confirmation of their pain: the gods present the two kings with two “kore,” beautiful virgins that represent the Greek and Persian ways of life respectively, saying that the gods had decreed that no man could ever unite Europe and Asia without transgressing their will – a moral that is yet to be learned by many of our world leaders. Tragedy in the hands of Aeschylus was not a consolation but a confirmation, and the audience of Athens, so fresh out of war, seemed able to take it. And inside this audience, Neitche imagines the very person who would succeed Aeschylus, Euripides, watching, just as amazed as everyone, but not exactly understanding… why? What was so special about this performance?

And so, he vowed to change it, and bring tragedy out of its magical roots, and into the living room. Euripides’ characters would not be larger than life like Aeschylus’ but trimmed down to life’s limited size. In place of the antiquated language used by the first playwrights, they would now speak the vernacular of common people, while women and slaves became important characters in his plots for the first time. But most importantly, some of Euripides’ tragedies would not be tragedies at all, as they had… a “happy ending.” And it all happened during Athen’s ascent to power, when during its Golden Century, this city-state practically gave birth to the rational mind, the mind that Europe would inherit to build the modern world we see around us today. The great Socrates lived during those crazy days when everything could be held up to scrutiny, when even the gods were subjected to his relentless questioning. Views that could not be proven rationally were simply rejected, even if one felt there was something deeper in them. In this climate of rationality, Euripides’ plays were a success, and for all the criticism that he received during his life, the people of Athens loved him.

But while his plays succeed in “disenchanting” the ancient stage, turning tragedy into drama, Athens was also changing, as the city that once protected Greece from the Persians was slowly becoming an Empire itself. During its most prosperous years that saw the rise of the first functioning democracy, Athens annexed the island states of the Aegean, forging an alliance that would supposedly protect them against a thirst invasion, but gave Athens unprecedented powers. Historians have compared this League to NATO, and while the fate of America still hangs in the balance, that of Athens is well known, as the city would suck the resources from its vassal states to build glorious construction works that stand to this day. Their glory was short-lived, and while Euripides’ heroes managed to escape even death with the help of the goddess Athena, Athens herself was headed toward disaster, one that would eventually come at the hands of their former allies… the Spartans.

And it was perhaps this, tragic turn of events, that made Euripides write a true tragedy near the end of his life. It was called the “Bacchae,” a kind of “meta-play” much like Tarantino’s, which can also be seen as a lament to the fate of Greek theater. The god Dionysus, from whose rituals tragedy had emerged, appears on stage saying that the city is not worshiping him any longer. This, of course, is strange, since the stage itself was devoted to him. But which stage exactly? Because, between Aeschylus and Euripides, most of the magic had slowly evaporated, until no real “devotion” could ever be made present. The fate of the tragic theater was the fate of Athens! A city that acquired the clear vision of science by sacrificing its connection with mystery. Euripides characters present the flattening of the mystical dimension down to the plane of human existence. His introduction of bold female characters is the equivalent of our gender-egalitarian scripts, where even Disney princesses need to wield swords and fight dragons like the princes that were once destined to save them. And it all ends in tragedy, as the women of this play, driven mad by Dionysus, destroy the city and kill its king by tearing him apart limb for limb. In the Bacchae, Dionysus “burns the stage,” so that no other tragedy of any significance would be written until Shakespeare. And what is more fascinating is that the Greeks knew it, as in their collective imagination they believed that Euripides himself died exactly like the character of this play: torn apart by maddened women [5].

Tarantino’s female characters are notoriously strong, stronger even than males, but there is something “Euripidian” in this last film of his, “Once Upon a Time in Hollywood.” Because this “meta-play” references cinema itself… just as it’s dying, and there is something in the way these elements are put together that betrays an understanding as to “why.” There’s no slur delivered more bitterly by the main characters than “hippie,” and their experiences in the course of the film give the reasons for their hostility. Because what started in the 60s was similar to what moved Athens away from its mythical roots. And the question remains: if Euripides presented the destruction of Athens as a loss of its mystical culture. What is Tarantino’s prediction for us? 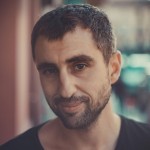