Finally, we see on the icy plains of Eastern Europe the emergence of the youngest High Culture yet be seen on this whirling blue gem, the Slavic-Orthodox Culture. From about the 8th Century AD onward we see the first signs of its arrival. At this point, it is not a Culture proper, but occupies the same condition that the peoples who would become the Western nations did during the Merovingian period. The First Bulgarian Empire, Great Moravia, the Kievan Rus, all point to beginnings of a primal feeling of self and other which manifests itself within primitive state-crafts of the young Culture. The spread of Eastern Orthodoxy from Byzantine Rome gave the primitive peoples of Eastern Europe a universal symbol by which reality could be not just understood, but interpreted within a higher world-historical context. In this manner, Orthodoxy was to the peoples of eastern reaches of Europe what Gothic Christianity was to the Romano-German peoples of the North. Cyril and Methodius become analogous to Colombanus, Boniface, Willibrord, Ansgar.

Although this Culture found fertile ground in the wandering Slavic peoples of the Balkans, it absorbed into its sphere the Vlachs of Dacia and of course the Thraco-Greeks of the Eastern Roman Empire, which in its soul was thoroughly Magian. Byzantium at this time was becoming fellaheen as the centuries dragged on, its spiritual vitality drained with each passing decade, the final proof being the conquest of Achaea by the then Serbian Empire. However, much like the Middle Eastern Culture from which it found its Prime Symbol, the destiny of Eastern Christendom was to be that of enthrallment to the West. And just as Middle Eastern Culture grew up under the thumb of the Pax Romana, so too did the Slavic-Orthodox Culture grow up under the yoke of the older Western Culture. Slavic man is and remains in a young state of his Culture’s development. He is rural, nascent, fervent. He possesses in his breast a hatred of money-thinking, which has defined the late stage of our own Culture. Just as the Levantines of the 1st Century saw the wholly practical Roman Empire as diabolical, materialistic, Satanic— “Babylon,” those within the Orthodox Oikoumene of our own time look upon Western Man’s achievements with suspicion and loathing. Slavic mankind understands nothing of the West’s obsession with democracy, human rights, egalitarianism, pluralism, the separation of Church and State. As is common for younger, developing Culture’s caught within the orbit of older ones, there were attempts from inside the body of the emerging Culture to conform itself to the older. However, such attempts are always doomed to failure. It made no difference whether the idea was Petrinism or Leninism, the fact remains that once a Culture orients itself towards a Prime Symbol—which for the Oikoumene is the vast horizontal plane vaulted by the sky— it can never be inwardly assimilated by the idea-forms of other Culture’s.

The dissolution of the Soviet Union represented a dramatic shift within the Culture-life of Russia and to a greater extent the rest of Eastern Europe. Communism was an idea that was never truly compatible with the soul of the Oikoumene. Rather, it represented a temporary outburst of the intense hatred of money-thought and the subordination of all other spheres of life to the economic that is common to all High Culture’s in the late stage of their lives, which was imposed upon the Oikoumene by the West. Intense religiosity and peasant-wisdom define the early stages of a Culture’s development. Just as the superstitious Western Europeans of the Gothic Age were skeptical and suspicious of the diasporic Jews, which had been civilized since Philo of Alexandria’s day, so too are the peoples of the Oikoumene are to the intensely practical peoples of the modern West; to whom everything must be reduced to rational, materialistic terms. The return to Orthodoxy, identity, and autocracy, which is currently sweeping across Eastern Europe cannot be seen as anything less than the gestation phase which marks the outgrowth of a new High Culture. What this means for Russia and the rest of the Slavic-Orthodox world remains to be seen, as well as how the rise of this Culture coincides with the ongoing decline of our own Western civilization. Three possibilities remain: either the West will become the northwestern frontier of the Dar al-Islam, as the fellah populations from North Africa and Southwest Asia migrate across the continent or the West might be absorbed into the Orthodox Oikoumene. The final possibility is that in the death throes of its senility, the West will establish its own Caesarism, and react violently to both the encroachment of Magians to the south and Slavs to the East. Unfortunately, we do not possess the foresight to see History out to its destined “end,” and so the fate of these High Cultures must therefore be left to individual speculation. 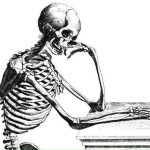 The Managing Editor for the Warden Post and a man amid the ruins of the Postmodern world.