We live in a very artificial world.  I am not just criticising the plastic, disposable consumer culture that we, and most especially modern women, are absorbed by.  Although, that is as good a place as any to begin unmasking the true face of modernity.

We have become atomised economic units in grand mechanisms, whether they be nation-states or international corporations, controlled by advanced psychological techniques through the media and advertising.  And what is the end of the modern state?  There is no end, only a gnostic trust in elites that we will progress; progress further in the mastery of nature and, thus, the avoidance of death.  This machine must progress, for it is built on fear, indeed it is fueled by fear; therefore, it isn’t afraid of whimsical progress because it isn’t afraid of what it is running towards, but rather it is running from death.  Gnostic, I say, is the spirit of this age, as there is a lot of faith/trust/belief going around — contrary to former ages of Western history, however, modern man’s faith is in the technocrats.  Are they not the heroes of the shallow epics on “the big screen”?

But, how did we get to this point?  This is such a far cry from and a perversion of the Platonistic classical world and the lifeworld of Christendom past; so, what were the forks in the road of our history which set us off course?  To learn more, I sat down with Dr Paul Tyson, a researcher at The University of Queensland, and a terrific writer; in fact, Paul’s writing has made accessible one of the most interesting philosophical movements of our time — the Radical Orthodoxy movement.  Radical as in radix — returning to the roots, the sources of the philosophy which undergirded the development of what we call the West, and orthodox (with a little “o”) as in determining what were the missteps of Christendom, that is, those doctrines which were not sufficiently quashed and gave rise to modernity.  As such, it can be described as being postmodern, but it attacks the nihilistic and sceptic baselessness of most of postmodernity also, and proposes a sustainable future, complete with the responsible use of natural philosophy and technology, through a return to the Platonistic and, yes, Christian lifeworld which built our civilisation.

Otherwise known as the Cambridge School, this movement’s leading figure is the brilliant English theologian, John Milbank, but it has attracted numerous other equally brilliant thinkers from across the faculties and the denominations of Christianity, such as Catherine Pickstock, Graham Ward, William T. Cavanaugh etc.  It has even had an impact in British politics, having been highly influential in the development of “Blue socialism” and among the Red Tories, suggesting a conservative Christian moral framework with which the masses can hold elites accountable, and also policies which would prevent the degeneration of culture and community in our markets (to give a truncated version).

In the following interview, we explore the main thinkers who paved the way to modernity and their schools of thought — e.g. Peter Abelard’s influence on Aquinas and following scholastic thinkers is often perceived as harmless or positive; after all, his attitude of disbelief until matters are proven seems commonsensical to us.  However, this actually served to detract from our actual everyday experience of the world, trusting in the comprehensibility of the world, believing our senses and trusting that our gooey brains are approximating a clear picture of the world, not to mention the leaps of faith we make when we start communicating with another person about all this.
Other schools of thought we discuss are Duns Scotus and his idea of the univocity of being, William of Ockham’s nominalism, and Marsilius of Padua’s voluntarism.  All of which changed the European mind’s perception of God, the individual person, the polity and the corporate body of Christ so significantly as to bring about the fall of Christendom (effectively, in the 1500s) and the rise of the modern Leviathan state qua immanent god, the hyper-individualised modern man whose only public belief is that all beliefs are private matters, and the artificial modern corporation — wholly dependent of the state for its existence.

To return to where I began, we live in a very artificial world.  Very few of our relationships, interactions etc. are organic, real, communal bonds.  Join me and Paul as we unravel the whys and wherefores of this increasingly urgent matter, and return to reality. 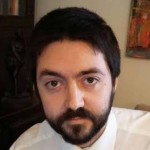